May 2018 update – This article was originally written in 2015, and remains valid when discussing bitcoin/BTC mining. However, in the meantime a variety of altcoins and forks of bitcoin can use GPU mining, although the risks outlined in the article below still remain.

So last year (2014), well before I invested in my own ASIC hardware for this site, I dabbled in bitcoin mining on my own personal laptop. It was a good one for gaming, being an Alienware m14 r2, and cost me about €1,200. I had first mined a few kilohashes on an older laptop, but Mechwarrior Online was launching, and it was the game that would make me upgrade my laptop. So I did, getting the best machine I could afford at the time.

Once I had it though, I quickly realised that nVidia GPU’s were terrible for mining bitcoin, and at the time I began to mine litecoin instead on a mining pool, which taught me about configuring wallets, mining software, and getting the settings right. However running my machine for long stretches at full pelt when I wasn’t using it, I generated about 2.5 litecoin, which I then sold for about $80 on btc-e. I got my first meaningful bitcoin this way, making some by trading small amounts, and then losing it all regularly 🙂

However, in order to earn this, I was not only paying fairly high electricity costs with my laptop running full pelt, but the mining caused considerable damage to my machine, which will hopefully be a warning for others thinking of using their laptop. 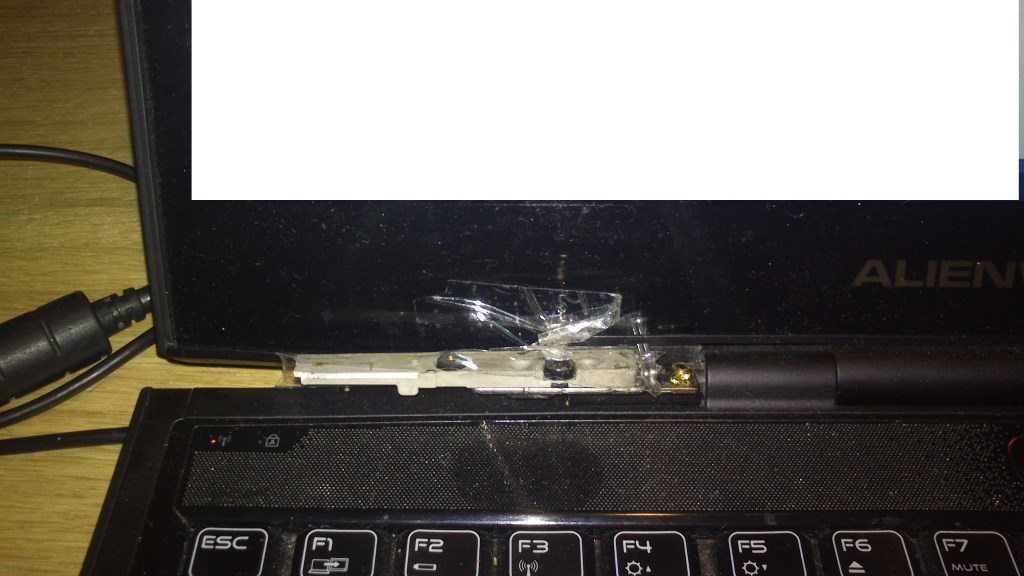 So my GPU is behind the top left side of my keyboard, and running hot as it was, the heat then caused further damage. Not only did it warm the solder on my left USB ports to the point where they disconnected after being plugged in while warm, but the heat transferred through the frame of my computer into the hinge between the keyboard and screen. This warmed up, and warped, but then cooled later and froze solid while it was closed.

Not knowing this, I then opened up my laptop case, hearing an almighty crunch as the hinge locked in place, and part of the LCD frame stayed with it, shattering and locking solid. Shortly thereafter, started showing on the screen, as the cabling continued to be damaged, and ultimately the left 1/3 of the screen rainbowed.

So cue a visit to my local computer repair shop, who looked at the damage, and between all the parts that needed to be sourced, and the labour to get it back in a usable state, €600 later I got my laptop back. And uninstalled mining software straight away. After this, I then got some small cloud mining contracts, firstly with a Dutch company called minerlease, and then a six month contract from March to Septemeber with someone I found on ebay. The latter was very helpful, letting me move around my hashing between some different pools, and ultimately led me to decide that I wanted to buy the four Antminer S1’s that we use to review mining pools, and then spend the coins doing our reviews.

So what’s the lesson from this? Definitely don’t try to mine cryptocurrencies on a laptop, and if you’re thinking of it for a GPU on a desktop, all you’re going to do is run up an electricity bill and shorten your hardware’s life, or do a load of damage like I did. You can get started with second hand mining equipment thousands of times more powerful than graphics cards for about €200, and if you’re still into it after you’ve done that for a while, then you know you’re a lifer!