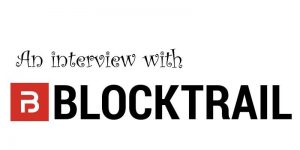 So we’ve been very lucky to get some great detailed information on bitcoin mining pools from Dutch bitcoin company Blocktrail.com, which has enabled us to build up some good information on which mining pools have been mining bitcoin since the start. We asked for an interview, and Blocktrail CEO Boaz Bechar who was very kind to answer some questions by email, and have a follow up call on Skype with his colleague Jop Hartog.

Q. Blocktrail is one of the best known Dutch companies in the bitcoin space. What’s the scene like there at the moment?

BB: There is a bitcoin meetup every week, with a large bitcoin meetup on the first Wednesday of the month. We go to to the Arnhem meetups, which is close to Amsterdam where there are multiple bitcoin accepting venues. There was over fifty people attending the last meetup. The scene locally is pretty large, with several bitcoin ATM’s around. Two were stolen recently in Amsterdam though.

It’s very easy to get into the scene if people attend the meetups. I’d say that they have about 50% regulars, and another 50% new people who come, and it’s steadily growing month on month.

Last month there was a bitcoin hackathon which was run at the Rockstar Accellerator in Amsterdam. The team that won was composed of a bitcoin community member, and three people who hadn’t been exposed to bitcoin before. It was pretty cool to see them learn, use and win bitcoin. These kind of events are a good way to get into the community.

Q. For a normal user looking to get information about bitcoin, it’s free. How do you make money on the business side?

BB: Blockchain is a free tool, but we only want to provide a paid service to those using it at a high volume for a commercial use based on a SaaS pricing model. However, any developers can use the free startup tier to begin and scale their projects, and then there’s another tier for people who want to pay for it. For instance, if you were making a bitcoin game that had only 5,000 users, the API is free. However, if you have millions of users, there would be a cost, but you wouldn’t have to build your own infrastructure.il.com so far?

Q. What’s the most unusual request you’ve had?

BB: We haven’t had anything specifically unusual. We do have a few journalists that we’d talk to from time to time, and they’d get in touch with us if they wanted to verify some information they had, or to get research like that we provided to you with the bitcoin mining information.

Q. How do you feel that bitcoin’s utility will evolve over 2015, putting the price aside?

BB: It’s hard to speculate, but we hope to see that bitcoin will be adopted by more mainstream places, and more apps. Tipping is something that can be done across several platforms. We’re releasing a Slack soon on mobile and web, and we have made a tipbot for using within Slack. Hopefully this is a good example of how bitcoin can be integrated into apps.

I really hope it gets into games, as we saw a Minecraft server which had an in-game cryptocurrency economy.

JH: I think that this year maybe, where the in-store inventory will be held by some blockchain, ie NXT. So you could have your characters inventory on the blockchain.

Q. That brings up a big issue in games, account hacks.

BB: If you had your account on the blockchain, you’d have a different key for your account which might help resolve this problem. It’s an upside on how bitcoin can be used.

JH: You could have a lot of things offchain, and there’s lots of white papers showing off different ways it can be achieved, so hopefully in the next year we’ll see some sort of implementations.

BB: You could have one blockchain transaction to verify a load of things, such as account lodgements, withdrawals and transactions between users. There’s also ways around it, either using two factor authentication or multisig wallets. I’m sure there’s a way to solve it.

Q. Is bitcoin regulated in the Netherlands?

BB: Bitcoin is not regulated in the Netherlands at this time, and there is a difference of opinion within the local community. Some want it regulated, others don’t want it to be. But as it stands right now it’s not, which makes it easy to operate here.

Q. What kind of questions can bitpreneurs answer using your technology?

BB: Bitpreneurs can do lots. We offer an ifrastructure, which gives you all the functionality you’d expect from our Block Explorer and API. You can get information on addresses, balances, amount of transactions, and transaction hisdtory. We also look for bitcoin addresses, and we link them to mentions on other websites. It’s a lot of added value in the explorer. There’s also graphs of transactions, and a clean overview of the history of a particular address. We will often see conversations on LinkedIn or Reddit about particular addresses or transactions.

Q. We cover mining pools, and you have some data on pools that can be seen. Do you plan on building out this function?

Q. So any message for the bitcoin community, or people who might be interested in using your platform to integrate into their tech?

JH: Don’t use an exchange if they don’t have multisig properly implemented!

We’d like to thank Boaz and Jop for their time to do the interview. You can check out the Blocktrail service by clicking here,