On the 21st April, at the University College Dublin Centre for Innovation and Technology on Carysfort Avenue, the CodingGrace group organised an event called Translating the Blockchain. I was able to make it along to the second part of the day, but for a writeup on the full day check out Reuben Godfrey’s article on IrishTechNews.com. The day was “MC’ed” by Donncha Kavanagh. 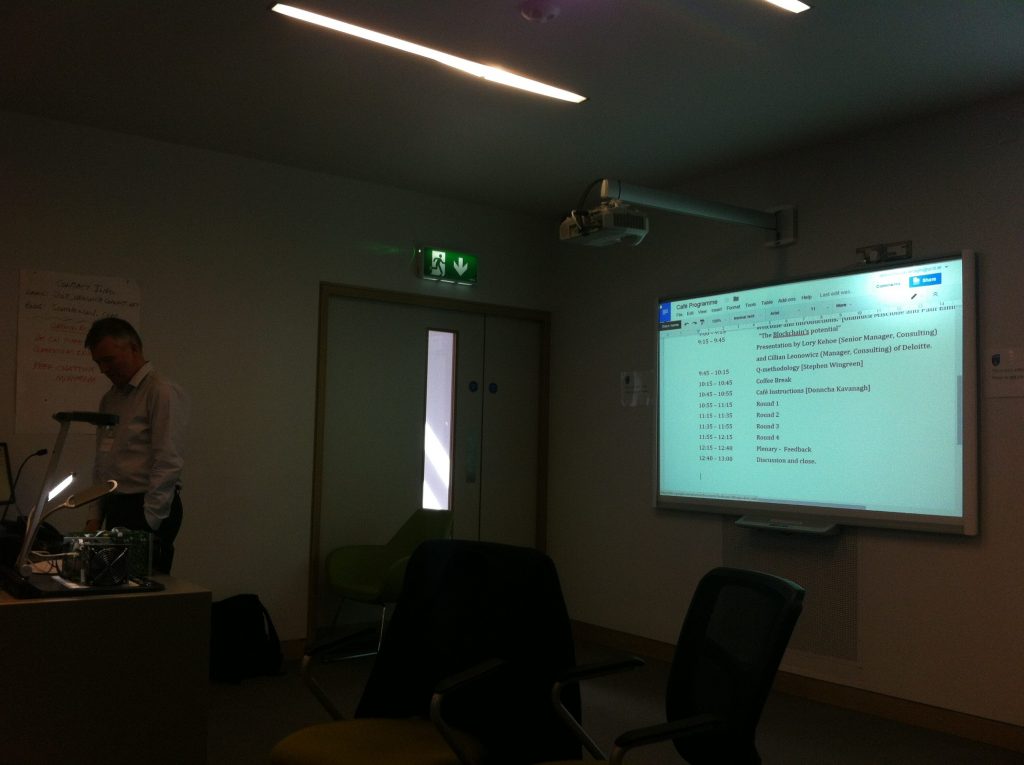 The event was split into two parts, with things kicking off bright and early with an introduction by UCD’s Gianluca Miscione and Paul Ennis, followed by a look at the blockchain by Lory Kehoe and Cillian Leonowicz of Deloitte. Stephen Wingreen then went through the question methodology for a survey they conducted with participants on the day.

I arrived during the coffee break, and had organised to put part of our bitcoin mining review rig on display, so a couple of people checked it out and took photographs. After the talks part of the day, the part I participated in was called the World Cafe. Eight tables were set up, each with their own topic below. Given that there was about 30 people in the room, not every table sat for each of the four rounds, but after each, a speed-dating esque change of tables happened, with people moving topics. 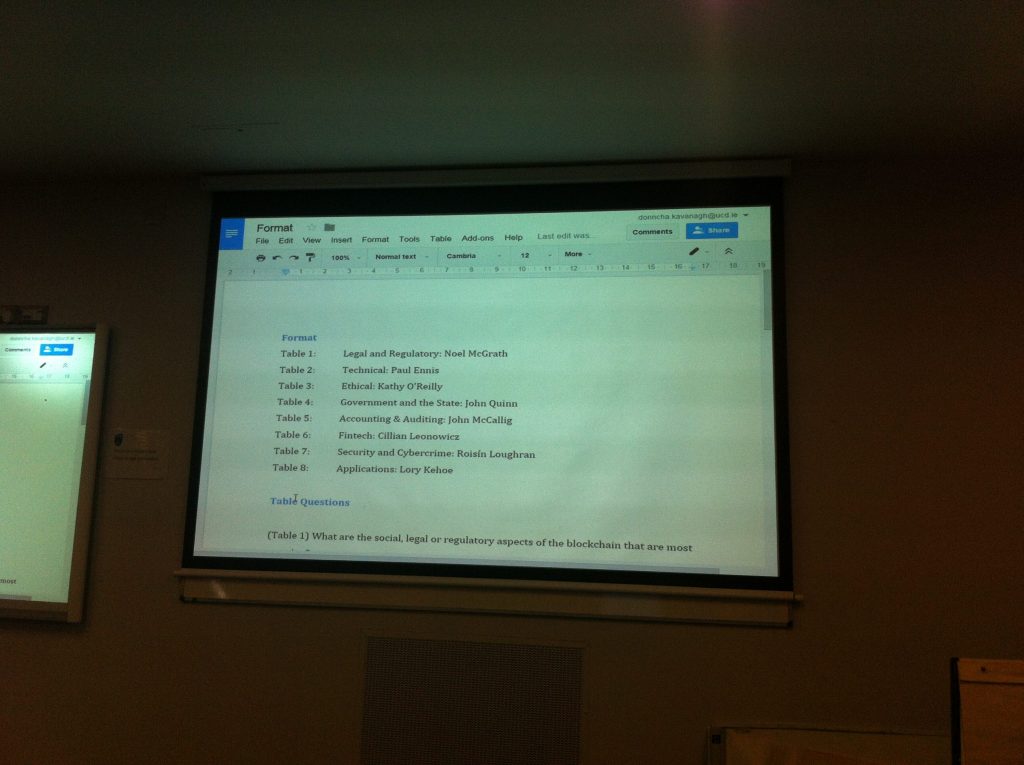 Table 1: Legal and Regulatory – What are the social, legal or regulatory aspects of the blockchain that are most pressing?

Table 2: Technical – In what ways might the blockchain change the face of technology?

Table 3: Ethical – What are the major ethical implications of blockchaintechnology?

Table 4: Government and the State – How should governments react to the blockchain?

Table 5: Accounting and Auditing – What impact might the blockchain have in the field of accounting and auditing?

Table 6: Fintech – What is the potential of the blockchain for the Fintech industry?

Table 8: Applications – What are the most interesting applications of theblockchain beyond currency? 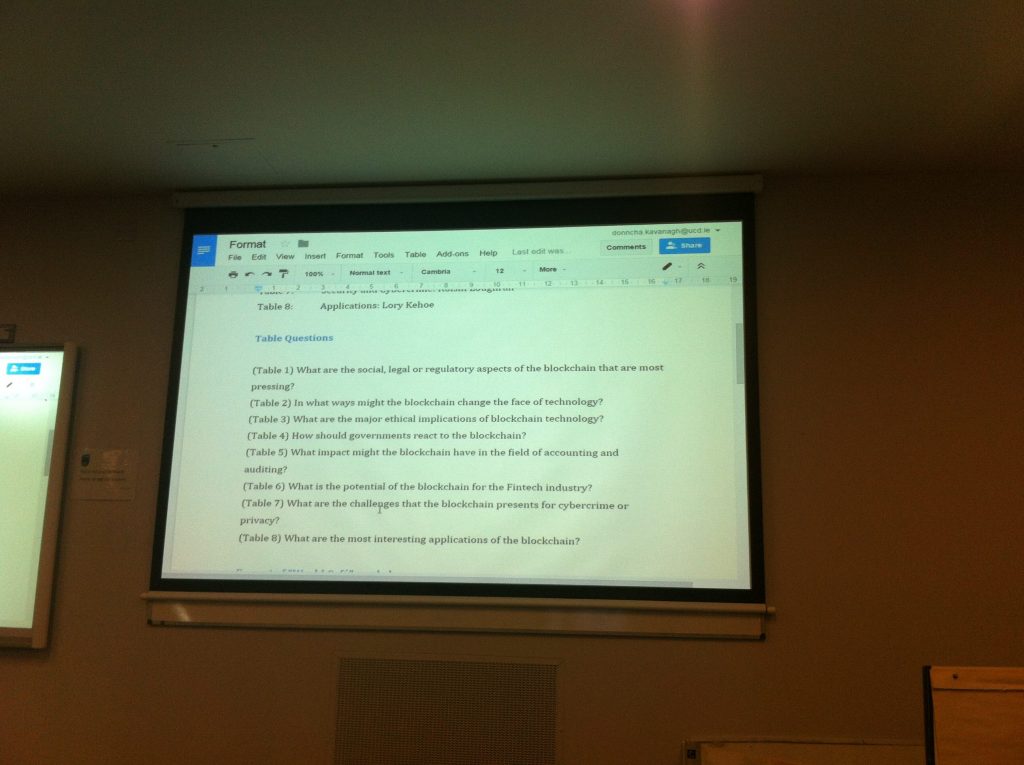 I sat through a couple of the tables, looking at accounting and auditing, legal and regulatory, and privacy tables, and each had a couple of people from a mix of private sector, and academia on each. There was some interesting discussions, and from my own participation I heard about questions about Trust, Privacy, Banks vs Networks, sidechains vs using the public ledger, how blockchain could be used to disclose public records, the potential of the Irish aircraft leasing industry to potentially use blockchain for tracking planes and their corresponding parts, as well as blockchain applications, distinct from bitcoin itself. There were also some topics on the Governmental table about using it to track healthcare assets, but also questions about how VAT and other taxes could be applied.

So it was an interesting few hours there, and we’ll continue to cover Irish bitcoin events, as well as list upcoming events on our Event Calendar.

On the blockchain for 546,827 blocks and counting